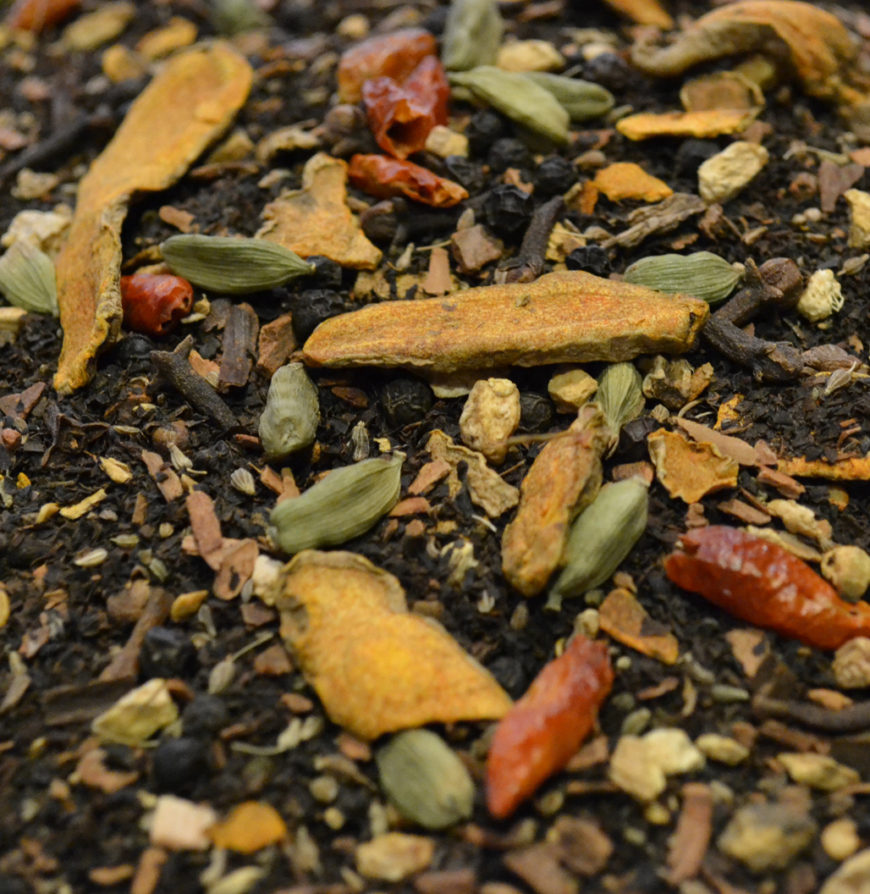 Turmeric has long been used to help relieve many conditions, though clinical trials have not shown any significant effects. It is commonly used as a dye and is also a colourful, aromatic culinary addition in many world foods and famous dishes.
With that in mind we at Hebden Tea bring you this tantalising Masala Chai infusion with added Turmeric.

The Turmeric most people know is the root of Curcuma longa of the Ginger family, and is native to Southern-Asia. In culinary pursuits, the root is usually not used fresh but is first boiled for around half an hour before being dried in a very hot oven, and finally it is ground into a bright yellow powder.
As is often the case, India and ayurvedic practices, have given us great inspiration in the creation of this spell binding infusion. We have added brilliantly yellow slices of turmeric root to our warming Masala Chai blend, an offering that has the distinct flavour and perfectly balanced spiciness you have come to expect from our Masala Chai infusions. The addition of dried chilli peppers allows an extra note of aromatic heat that can be tailored to your liking. Be sure to try it with a splash of milk for a softer, feel-good tea.