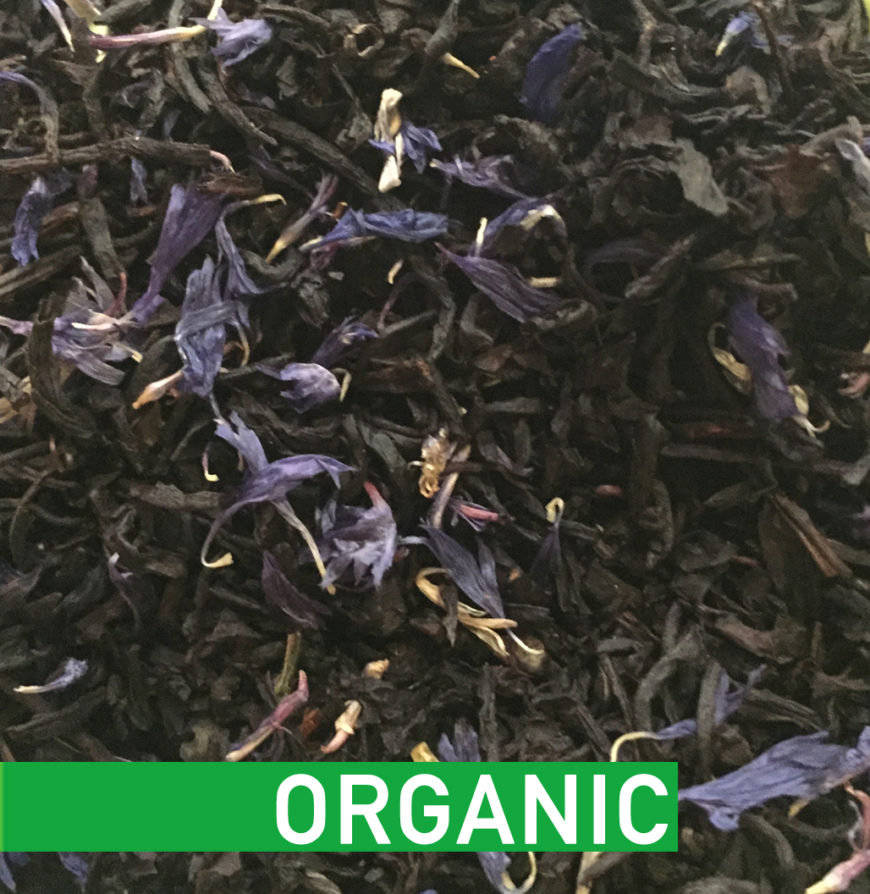 This month at Hebden Tea, we would like to show our appreciation for one of the classic English teas: Earl Grey.

There are many stories surrounding how Earl Grey tea came to be. Some would say that it was a recipe made especially for the Earl Grey, Charles Grey, and that he found it so enjoyable to drink, he named it after himself. Others would say that it was made in China as a gift for Charles Grey. Or some would speak of how it was simply an accident; that bergamot oil spilt into some tea leaves mid-voyage and were thought ruined. But when the crew tried the tea, it turned out to be delicious.
Regardless of which of these is true, what is consistent is that the recipe was made in the 19th Century, that its name comes from Charles Grey, who was a past Prime Minister of the UK, and that it has been an immensely popular tea in the UK since its conception.

What is essential for any tea to be classed as an Earl Grey is for it to be infused with bergamot oil. For the simplest and most traditional Earl Grey, black tea leaves, usually from India, are used. However, the sheer variety of Earl Greys has been increasing over recent years as more growers and suppliers have been experimenting with different tea leaves and flavourings.
Our Earl Greys continue this tradition of using black tea but instead use Assam leaves. This gives our tea a much richer taste, and the maltiness of the Assam serves to enhance the citrusy notes of the bergamot oil. For this classic taste, simply look to our Earl Grey Blue. Why the name Earl Grey Blue? This is because our blend includes cornflower petals for added visual impact.

At the Hebden Tea Company, we have not stopped with just the classic. We too have been sourcing new and exciting varieties of Earl Grey. The most popular of which is our Lady Hebden. This tea builds upon the rich foundation of our Earl Grey Blue and adds an even stronger citrusy twist with the inclusion of orange.
And for those who enjoy a lighter bergamot taste, they need only look towards our Afternoon blend. This recipe combines Ceylon and Chinese black tea for a more delicate bergamot flavour.

For the more adventurous, there is our Earl Grey Exotic. Breaking away from the traditional use of black tea leaves, this blend incorporates green and white tea leaves. Without the tanginess of the black leaves, this infusion allows the citrusy notes of the bergamot to come to the fore against the pleasant grassy taste of the leaves.