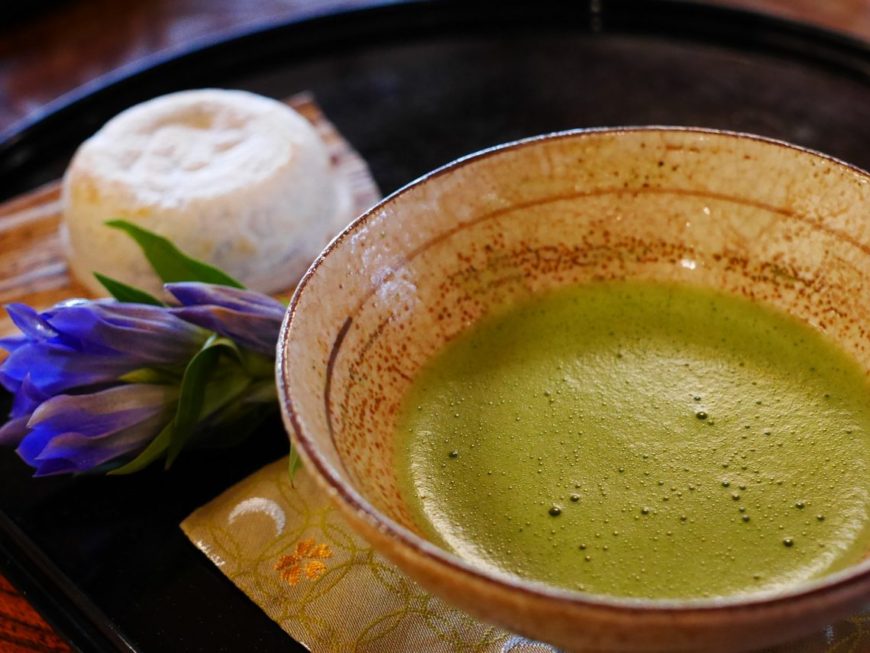 Green tea is the main type of tea that is produced and consumed in Japan. Below our brief guide will help you find the perfect Japanese leaf to enjoy.

Sencha
Sencha is the most common variety of Japanese green tea, representing over 80% of the tea produced in Japan. Known for its delicate sweetness and grassy aroma, Sencha leaves are steamed in its initial stage to prevent oxidation.

Bancha
Bancha refers to a lower grade of Sencha that contains larger leaves and upper stems, giving it a more robust flavour. Often Bancha is enjoyed with food because of its strong character and mild aroma.

Genmai Cha
Genmaicha is a blend of Bancha and toasted brown rice, with a slightly nutty taste. The mild flavor of Genmaicha and its low caffeine content make it a popular after dinner tea.

Kukicha
Often known as “twig tea”, Kukicha is a blend of leaves with stems and stalks discarded during the production stages. Kukicha has a light and refreshing sweetness, with nearly no caffeine-level, but requires rinsing and softening first.

Matcha
This artisan green tea is shade grown before picking, then carefully milled into a fine powder. A small amount of Matcha is placed into a bowl using a bamboo scoop known as a Chashaku, and then 70–80 °C water is added. Using a bamboo whisk known as Chasen, the mixture is whisked to a smooth consistency, making sure that no ground tea remains. It has become fairly common for Matcha to be used in many recipes; including smoothies, ice-cream and cakes.

About the author: Okan